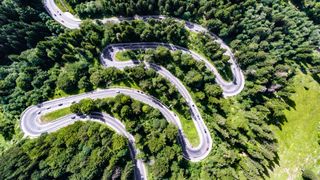 The fight for a greener planet is an emotive topic for many individuals, which can lead to great things. Rajeshwari Singh, a 32-year-old from Vadodara in western India, is an example of one of those individuals. In a bid to raise awareness about the harmful effects of plastic pollution, she has been walking through 22 cities since Earth Day back in April and will conclude her walk of life on World Environment Day (5th June).

Step by step, like Rajeshwari Singh, we are edging closer to a greener planet. World Environment Day is the United Nations’ vehicle for raising awareness and accountability as well as encouraging worldwide initiatives for the protection of the environment. According to World Centric, 5-10% of tropical forest species will become extinct every decade if we carry on at the current rate, accompanied by a whole host of other potentially catastrophic events. While being aware of this issue is important, with another World Environment Day setting behind the horizon, it’s time to put some of those thoughts and words into actions.

Theories on how to best address our ever-changing climate have mainly focused on ways to reduce waste of energy and non-renewable resources, which directly impact climate change. Whether it’s exhausting non-renewable energy sources, contributing towards air and water pollution or mass deforestation.

With mass industrialisation came urbanisation and both of these developments have led to exponential rises in pollution over the course of the last century. Even today, the detrimental effects of air pollution in modern cities are increasing according to the UN health agency.

One of the main attempts to reduce the negative environmental impact of urbanisation is to make cities smarter. Smart cities, theoretically, will be able to monitor and adjust the populations’ consumption behaviour based on data. By recording and analysing data with the help of IoT and artificial intelligence (AI), it is possible to determine the most efficient and greenest ways to use the natural resources available to us.

One of the most notable cities to implement the Internet of Things (IoT) within its infrastructure is Singapore City, according to the Internet of Things Institute (IoTI). The title for the smartest city was given to Singapore’s capital by the IoTI for its aggressive implementation of congestion charges, sharp focus on investing in road sensors, phased traffic lights and smart parking. All of these things have helped Singapore City reduce its levels of toxic gas emission by reducing the number of uninformed decisions drivers make every day. One wrong turn is not likely to register a significant impact on the environment, but a million aimless five minute detours every single day can have a substantial one.

As well as creating more intelligent highways, cars themselves are set to become greener. The UK government, for example, has published a plan to ban the sale of petrol and diesel cars by 2040 to tackle air pollution.

Like as electric cars, the benefits of driverless cars stand on the precipice of the revolutionary technologies of the modern era. Strategy Analytics published a research paper on the Passenger Economy detailing the advantages autonomous vehicles bring to both our time and wellbeing. Not only will these vehicles run on greener energy that won’t send toxic gases into our atmosphere, but with new innovations driverless cars could save an estimated 585,000 lives between 2035 and 2045 depending on the scale of their rollout.

In addition to the obvious human benefits of making roads safer, less road-traffic collisions will reduce the number of journeys made by emergency response units, while more sophisticated braking and acceleration systems means driverless cars will be more economic than their human-driven counterparts.

Reducing road pollution is not only limited to the vehicles which run on it. Projects like JUSCO’s smart street lighting in Jamshedpur city, deployed by Tata Communications, which has already installed 300 smart streetlights in Jamshedpur, India, exemplify how efficient uses of energy have benefited a community. By tracking movement with sensors, the smart streetlights can determine when light is needed. This project seeks to limit unnecessary electricity consumption by implementing thousands of more streetlights across India.

While it is the duty of governments to aid the green agenda, initiatives such as the Green Technology Financing Scheme (GTFS) administered by GreenTech Malaysia, which funds green technology related ventures and private companies, show that private groups and individuals can also have a tangible impact on building a greener future.

We are undoubtedly in the midst of a fourth industrial revolution, with a refined focus on merging biological and artificial sciences together in the hope of a better, more efficient future. Along with reducing energy consumption, the benefits of a smarter waste disposal are irrefutable. It is no coincidence that Singapore City is one of the cleanest in the world as well as one of the most resourceful when it comes to IoT.

In the factories themselves, the rise of AI, automation and robotics have led many industries to adopt new ways of manufacturing. The precision that robots offer, enable reduction of material waste as well as energy consumption, thereby producing consistently high-quality products while minimising waste and pollution. According to The Manufacturer’s report in 2018, 92% of senior manufacturing executives believe that ‘Smart Factory’ digital technologies – including AI – will enable them to increase their productivity levels and empower staff to work smarter. Implementing the IoT into the production line has given factories a clearer view of where energy is needed and where it’s not, enabling remote management and monitoring that will drive down the long-term costs. Combining the efficiency with the data received from production lines one can take deliberate and clear actions towards becoming environmentally friendlier.

World Environment Day used to be about raising awareness of the impact we as humans have on our planet. The next evolution along from raising awareness is collective action. The implementation of IoT technologies into our cities, transport systems and production lines is a major part of our transition towards a better future. While monitoring and reducing energy consumption is one part of an incredibly complex jigsaw, its impact has the potential to be tangible and substantial – making it a worthwhile addition to any policy maker, industry body or CEO’s agenda.

VS Shridhar, Senior Vice President and Head of the Internet of Things (IoT) business initiative at Tata Communications