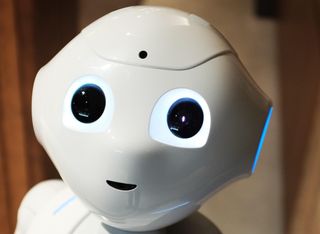 By now, bots are almost a dirty word in the tech industry. Despite the hype, few have delivered a killer experience and customers have every right to feel frustrated by most of their experiences with bots today. First, let’s look at the differences between computers and humans.

Computers are amazing at computation. They can look up data, calculate numbers, and do things like look at millions of fact-based options and return the best one in a matter seconds. Computers are not yet good at understanding human emotion. Not even close. The state of natural language processing means they can’t even understand what we are asking them, nevermind interpret how we feel by reading between the lines. We believe we are at least a decade away, if not much more, from computers being able to accurately interpret human emotion in communication.

Humans on the other hand aren’t great at computation, but are amazing at understanding human emotion. We have empathy. We know how to persuade people to first like, and then love something. We know what it’s like to be frustrated. We know what it’s like to over-deliver in order to make people feel better. We can reason. We can listen. We know when to remain silent, and when to interject. There is no way to deliver effective customer support or marketing, without empathy and emotional intelligence. For the foreseeable future, world-class customer communications will require humans.

So if bots can’t read between the lines and make us feel better, what are they actually good for? Turns out that with today’s and tomorrow’s technology, they are good for simple, low-level, repetitive questions and tasks. That’s it. If you want to know when your next phone bill is, a bot can tell you. How much it will cost? A bot can tell you. But why you might have been over-charged? Time to talk to a human.

To really understand the potential of bots, we need to understand their strengths and weaknesses. They can add significant value, but they work best when they follow strict flows or simple rulesets. Think Google Assistant and Siri. What makes these services great is that they require direct user input for them to reply. They only interact when a user asks them for specific information or to complete a task. They don’t try to predict or infer when to interact with a user, or follow a logic tree to insert themselves where they aren’t required.

We ensured we avoided these common “bot-first, user-second” interactions when we designed our own bot.

Our bot, Operator, is a simple, smart bot that can take over the mundane work like collecting contact information and suggesting help articles. It frees up humans to focus on the things they do best. Operator does this through a set of rules and machine learning to recognize when a bot’s input is helpful but also know when it’s not. Its skills will grow and build over time.

A bot built with manners

Whether their creators intend to or not, many of today’s bots come across as rude. As humans we understand what rude means. From a very young age, we’re taught not to eat with your mouth full, the seat is not for feet and when someone is talking, you listen and don’t interrupt. These are some of the simple manners parents teach their children but which are totally analogous to how we interact with bots today.

Let me translate these:

“Don’t talk with your mouth full” = Do one thing well, not two things poorly.

“The seat is not for feet” = Know where the bot belongs and don’t put it where it doesn’t.

“When someone is talking, you listen and don’t interrupt” = When humans are talking the bot doesn’t need to.

Manners are as important in the landscape of bots as they are with humans for one simple reason: bots are starting to interact with us in ways only humans did before.

A well designed bot will always be:

Helpful: It should only suggest actions or answers to customers or teammates that have a high chance of being useful.

Tactful: It will never appear uninvited during an active conversation between a business and a customer, or block a customer from communicating with a business.

Restrained: It won’t send follow up messages to customers if they don’t first engage with it. Messages should be short and precise. The bot will quickly provide clear routes to follow, and avoid trapping users in loops, or a prolonged back-and-forth.

Nuanced: Manners and messages adjusted to suit a person’s context. The bot’s logic is designed around who the participants in a conversation are, what they need, and how they’ll interpret its actions.

Armed with these sets of manners, a bot can easily handle a lot of the low-level, repetitive tasks we don’t require humans for.

It’s wrong to assume our bot, or any other type of artificial intelligence, will usher in a new era of virtual assistants willing and capable of doing all our bidding.

Bots are still a long way from competing with humans. When it comes to context, sentiment, subtle knowledge and big picture thinking, humans will continue to triumph for a long time to come. At Intercom, we are completely ok with that. We are betting that bots will augment, rather than replace humans in the long-term. Operator will grow and gain new skills over time, but will always be designed to simplify tasks and remove repetition from workflows.

The key to the success will be leveraging automation, machine learning and manners to strike the right balance between augmentation and automation.