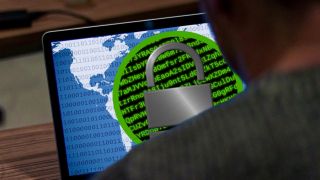 Ransomware threats could be set to increase even more in 2018 as more attackers seek to cause disruption, experts have warned.

New data from Kaspersky Lab has predicted that that the volume of ransomware attacks will rise in 2018 following an 11.5 per cent rise this year – the second year in a row that the number of attacks has grown.

Overall, the firm revealed that it had blocked 1,188,728,338 attacks launched from online resources located all over the world during 2018, with its Kaspersky Lab web antivirus solution detecting 15,714,700 unique malicious objects.

Kaspersky Lab noted that the number of new malicious files processed by its in-lab detection technologies reached 360,000 a day in 2017. This marks an 11.5 per cent increase on the previous year after a slight decrease in 2015.

The vast majority of files flagged as being dangerous were classified as malware (92 per cent), with the remainder made up of advertising software which, although not considered malicious by default,  can in some instances cause private information exposure and other risks.

“In 2015, we witnessed a visible drop in daily detections and even started thinking that new malware could be less important for criminals, who have instead shifted their attention towards reusing old malware," said Vyacheslav Zakorzhevsky, head of anti-malware team at Kaspersky Lab.

"However, over the last two years the number of new malware we discovered has been growing, which is a sign that interest in creating new malicious code has been revived. The explosive increase in ransomware attacks over the last couple of years is only set to continue, as there is a huge criminal ecosystem behind this type of threat, producing hundreds of new samples every day. This year, we have also seen a spike in miners - a class of malware that cybercriminals have started to use actively, in light of the ongoing rise in cryptocurrencies. The reason for the increase in detections could also be attributed to the constant improvements we are making in our protection technologies. With every new upgrade, we can identify more malware than before and this could account for a rise in numbers."