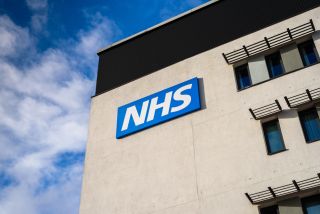 The NHS has missed its own target of migrating all PCs to Windows 10 by the end of January this year, fresh government figures show.

Out of 1.37 million devices used by the National Health Service, almost half a million of them (463,784) are still running Windows 7, an operating system no longer supported by its developer.

The NHS is putting itself at unnecessary risk, because new vulnerabilities in the operating system will not be addressed by Microsoft. It may also mean additional cost.

Last April, the UK's Department of Health and Social Care signed a deal with Microsoft allowing the NHS to migrate to Windows 10 for free under one condition – that it migrates before the end of January 2020.

Besides the 400,000+ devices on Windows 7, there are also a further 318,000 machines running other versions of Microsoft's OS, according to ZDNet.

"There is support from Microsoft for devices using Windows 7, in all NHS organisations, until 14 January 2021. Migration to Windows 10 is a process which will differ depending on the specific needs of the organisation. We are working closely with the NHS to offer support to migrate to Windows 10 and are on target to complete this before the extended support period ends," said NHS Digital.

It is possible for organisations to receive extra support for Windows 7, but they are required to pay for every future patch or bug fix.