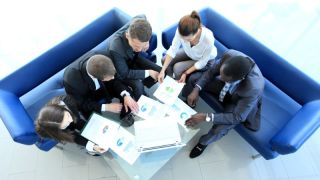 A huge number of IT projects currently being undertaken in the UK are doomed to fail, new research has claimed.

Almost four in ten of all IT projects in the country could fall short of expectations, according to a new Axelos report, based on a poll of 182 project managers.

The report states that 31 per cent of UK IT projects failed last year, with some of the most common issues including large changes to the project brief, to unrealistic timeframes, to the lack of understanding of the risks, to projects being resourced with the wrong people, to no clearly defined goals, to poor budgets.

Early last year, The National Audit Office warned that a third of the government’s large projects, that should be completed over the next five years, are also bound to fail.

The spending watchdog said 37 out of 106 projects with a 2021 deadline are "in doubt or unachievable if action is not taken to improve delivery."

At the moment, the Government Major Project Portfolio holds 149 project. These come with a combined lifetime cost of £511 billion, and are expected to soak up £25bn this year. Forty of those are IT project, costing £20 billion.

"While in the last Parliament, the NAO reported on improvements in the way aspects of programmes in some departments were managed, we also reported regularly on project failures and on ongoing projects that were experiencing considerable difficulties,” the report stated.

The problems are not contained to any particular industry areas either, as according to a recent report from Cisco, a third of IoT projects are also failing.