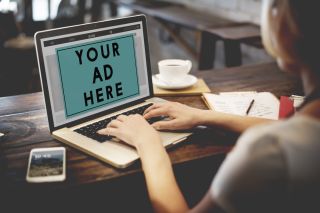 The creators of the popular ad-blocking plugin, Adblock Plus (ABP) have created a market that will allow publishers and advertisers to create ads that will not be filtered out, but will instead be displayed on the devices of users who have Adblock enabled.

The company's new “Acceptable Ads Platform” (AAP) marketplace will let advertisers pay to bypass ABP which has made it increasingly difficult for advertisers to reach potential customers. Site owners and publishers will also gain the ability to choose which ads are shown to users who pay for the premium version of Adblock. ABP will receive a small commission for its services and advertisers will once again be able to reach a wider variety of consumers.

Publishers such as site owners and bloggers can access the market from where they will be able to select pre-screened ads that have been white-listed by ABP. They will then be eligible to receive payouts for page impressions after ABP takes a 30 per cent cut from advertisers.

APB's goal in creating the market is to help streamline the process of putting pre-screened ads on a site that are non-intrusive to users while at the same time making it less difficult for advertisers to bypass its own adblocking service.

The company's head of communications, Ben Williams offered insight into how AAP will affect online advertising, saying: “Looking ahead, the chief improvements the AAP will offer are its feedback mechanism, the way that mechanism will turn real-time bidding on its head and how the AAP will be an especial boon to small blogs and medium-sized publishers.”

“Acceptable Ads is a process, not a destination. We've been tinkering with it, trying to get it just right – so that, in my own words that you're probably totally sick of hearing, we make a 'compromise between users and advertisers'.”

adblock plus
publishers
advertisers
bloggers
Get Weekly News and Analysis