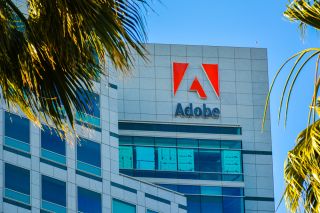 A data breach that occurred in 2013 has resulted in Adobe Systems being fined $1 million by 15 US states for failing to put the necessary security measures in place to prevent the attack.

Almost half a million of the company's customers were affected in the breach when servers containing their personal data were accessed after a cyber attack. North Carolina and the 14 other states involved in the case have levied such a high fine on Adobe to send the message that companies are indeed responsible for their customer's data.

The attorney general of North Carolina, Roy Cooper, insisted that companies “must do more” to safeguard sensitive data to prevent it from falling into the hands of cyber criminals that would use it steal consumers' identities and commit other acts of fraud online.

The states affected by the breach agreed that the company both failed to prevent the breach from taking place and that it was not able to detect the attack in a timely fashion. This not only hurt its customers but also suggested that Adobe did not have their best interest in mind.

A press release from the North Carolina Department of Justice explained the terms of the agreement it made with the company, saying: “Under a multistate agreement announced today, Adobe will pay $1 million to North Carolina and 14 other states and implement new policies and practices to prevent future similar breaches.”

Maura Healey, the attorney general of Massachusetts, offered her thoughts on the settlement with Adobe, saying: “The settlement resolves an investigation into the 2013 data breach of certain Adobe servers, including servers containing the personal information of approximately 552,000 residents of the participating states.”

“Consumers who entrust a company with their personal data should have that trust respected. Adobe put consumers' personal data at risk of being compromised by a data breach, and that is unacceptable. This settlement will put in place important new practices to ensure that a breach like this does not happen again.”