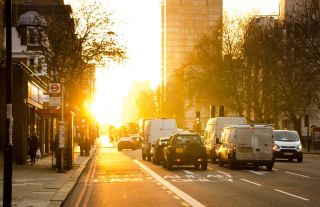 Advances in radar chip technology are enabling cars to sense their environment as part of a wider trend that will ultimately lead to autonomous vehicles.

Growth currently centres on the high-end of the market, where advanced driver assistance systems (ADAS) are adding safety features to prevent accidents. Experts say this could lead to fully autonomous vehicles in as soon as five years’ time.

It will also see a significant increase in spend. According to Strategy Analytics’ Automotive System Demand Forecast, car manufacturers will spend over $25bn on advanced safety in 2021 – double the current market value of just over $12bn for 2015.

But there are obstacles: technology costs are still high and regulation is adding complexity to the market. Vehicles are bound by the automotive functional safety standard, ISO 26262, which is being introduced in anticipation of an increasing amount of electronics built into cars.

Yet regulation and standardisation are also driving adoption. At European level, Euro NCAP’s (new car assessment programme) advanced scheme states that only cars with autonomous features will get its highest five star safety rating. As a result, radar technology is being added to most new vehicles.

Advanced radar technologies are being used to stop vehicles from hitting each other in the first place: this is seeing a move away from ‘passive safety’ systems such as airbags to ‘active safety’, as Strategy Analytics’ Ian Riches, director for the automotive electronics service, explains.

Radar is a very robust technology: it works in fog, snow, and when the sensor is dirty, says Wim Van Thillo, senior researcher, Green Radio program line, Imec: ‘And that is why automotive is counting on radar.’

Imec recently announced the first 79GHz radar transmitter in plain digital 28nm CMOS with an output power of 10dBm. This, it says, is ‘the first high resolution radar chip for the masses’, and could drive down the cost of the technology.

In the future, says Van Thillo, there will be two technologies built into vehicles: radar and optical systems. ‘The data will be fused and they will work together. Radar is robust and optical is better at finding things such as markings on the road and reading traffic signs,’ he says.

According to Riches, cameras, radars and lidars (a remote sensing technology that measures distance by illuminating a target with a laser and analysing the reflected light) are key to the automotive industry’s future. ‘Radars are used for target acquisition and medium to longer ranges; cameras are shorter range. Lidars are used as a scanner, doing a 360 [degree] scan of the environment.’

According to Liam Devlin, CEO, Plextek RF Integration: ‘24GHz radars are used for short to mid-range applications such as anti-collision radar and blind spot detection. But there is a big push to shift all automotive radar to the 77GHz and 79GHz bands and it is possible that the 24GHz bands will be phased out.’

One of the earliest radar car applications was the Volvo City system, which offered a low speed automatic brake, explains Andy Birnie, automotive systems engineering manager at Freescale – which makes several products for the automotive radar market space. ‘If you are driving and come to traffic lights it will brake. It can be used for emergency braking, so for low speed collisions it is great. It isn’t especially for safety as people don’t tend to get hurt at this speed – but it saves lots of money.’

Radar is very good at detecting the range, according to Birnie. ‘24GHz works for short distances such as reversing the car. For longer range, 77GHz is better: it bounces off the object and measures distance. Measure that repeatedly and it can tell when something’s getting close or further away. But it doesn’t tell you where the object is: the camera does this. The combination of both is cheap and efficient.’

Radars are also enabling auto-parking: ‘You can pull up alongside a parking space and the car will reverse in for you,’ Birnie explains.

Another interesting use case is on the visual side: the system can look at road signs and read that information – such as a 30 mph speed limit. ‘It tells you that you are reaching the speed limit. It doesn’t slow you down, but it could do that next,’ Birnie says. Meanwhile, a combination of the two cameras and radar can check the weather.

Despite multiple applications – and a vehicle recently showcased by software giant Google – fully autonomous cars are not quite ready yet. A truly autonomous vehicle will be like a taxi – able to drive on its own regardless of whether its owner has been drinking, for example. But currently, these cars give back control to the driver as soon as they are not able to deal with something.

‘There are things that happen on the road that the technology can’t cope with at the moment,’ says Birnie. ‘There is always the get-out clause of handing control back to the driver. It is easy to imagine an autonomous car in a traffic jam or if there are three other cars on the road. But when you get to a junction and someone jumps the red light, you can’t predict it.’

Therefore, it’s unlikely fully autonomous vehicles will appear on the mass market for at least six years, Riches says. ‘Cars won’t be driving themselves but they will be watching and taking over when needed. Your next car will be more automated than the last one.’

Of the obstacles preventing autonomous cars from happening quite yet, the legal ones are the hardest, says Riches. ‘One of the key questions is, who is responsible? At the moment if the car crashes, it’s your fault.’

Additionally, technology costs can be significant. For example, scanning lidars made by firms such as Velodyne can cost in the tens of thousands of dollars.

Radars cost about $100 for the short range versions and cameras are around $50, says Riches. ‘There is a significant cost at the moment, but as with all digital technology this will come down over time as volumes go up.’

Another area of debate is how connected the car needs to be. ‘You can help the car a lot if it’s connecting with other vehicles and infrastructure,’ says Riches.

For example, car to car communication can help prevent accidents. ‘If everything starts slamming the brakes on, the message could go car to car,’ says Riches. ‘But that’s only going to work if enough vehicles have the systems. It’s chicken and egg.’

There are also emerging standards concerning 802.11ac Wi-Fi and LTE, says Riches. ‘Lots has been done in 802.11 areas, but getting it deployed is an issue: the first car you fit it in has nothing to talk to.’

Those who think LTE is better argue that networks are being put in anyway and, other than equipping vehicles, the technology can be used to power ‘warning’ apps on phones.

‘But is that as robust?’ asks Riches. ‘LTE latency is relatively low; and your phone might run out of battery. Those involved in the core safety say it’s not good enough.’