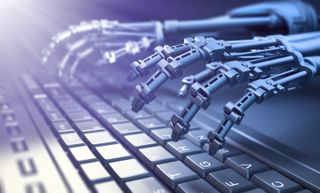 A significant portion of the general public believes Artificial Intelligence (AI) is a bigger threat to mankind than nuclear weapons.

A new YouGov survey found 40 per cent of people share this opinion, while more than half (52 per cent) would love to see some form of international regulation, possibly similar to what we have with chemical weapons nowadays.

A minority of those surveyed are happy to have AI help with things like home cleaning, spray tanning. Fourteen per cent said an AI could be a better line manager to them personally, than whoever’s doing that work at the moment.

The report’s general conclusion is that the majority remains sceptical.

The report was published during the ‘FutureFest’, an event at Tobacco Dock in London, which brings together 4000 people to discuss how to best shape the future.

During the opening day, Nesta’s CEO Geoff Mulgan called for a shift in direction, to make sure AI benefits not just the government, but the public, too. He said that could be achieved with three things, a shift in public funding, public engagement and global governance.

"AI offers enormous opportunities. But the industry and researchers risk repeating the mistakes made by other industries - like genetically modified crops and nuclear power - which failed to think hard enough about who benefits,” he said.

“We need more action - on investment, policy and skills - to ensure the UK, and Europe, don’t fall far behind the US and China in AI. But we also need a big shift of direction so that the public are convinced that AI really will enhance their lives”.