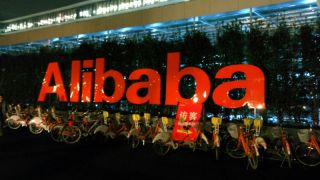 The Hanguang 800 chip is being used it for product search, automatic translation and personalisation within Alibaba itself. Further down the road, however, the chip will be used to power the company’s cloud computing offerings.

“The launch of Hanguang 800 is an important step in our pursuit of next-generation technologies, boosting computing capabilities that will drive both our current and emerging businesses while improving energy-efficiency,” Alibaba CTO Jeff Zhang said in a statement.

Right now, the company isn’t planning on selling the chip as a standalone commercial product. It was built by DAMO Academy, Alibaba’s two years old research institute, and T-Head, its semiconductor division.

Domestically, Alibaba is the king of the cloud infrastructure services market, with a 47 per cent share for the first quarter of the year. Globally, however, it is an entirely different story, as it has to compete with the likes of Amazon, Google, Microsoft and IBM.

According to Gartner, Amazon kept almost half (47.8 per cent) of the global IaaS public cloud services market share last year, while Alibaba was third with a total of 7.7 per cent share.