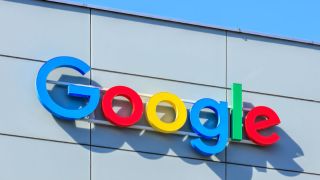 Despite recently being issued a record $5bn fine by the European Commission, Google's parent company Alphabet has reported record results for the second quarter.

The company reported earnings of $11.75 per share which, according to the Wall Street Journal, was higher than analysts' estimate of $9.66. Even after factoring in the huge EU fine, Alphabet's per share profit still works out to $4.54.

Following the release of Alphabet's earnings report, the company's stock soared by over five per cent to reach a record high in after-hours trading as a result of better than expected profits from Google's ad business.

Wall Street clearly wasn't bothered by the record fine and Google executives remained positive during the company's quarterly earnings call as well. CEO Sundar Pichai once again said that the company would appeal the decision and stressed the point that Android has created more choice for consumers, saying:

“I think overall it [Android] has created more choice for everyone, not less. We'll appeal the commission's decision... but we are also looking forward to finding a solution above all that preserves the enormous benefits to Android users. I'm confident that we can find a way to make sure that Android is available at scale to users everywhere.”

Even if Google's appeal is unsuccessful, the $5bn fine will not hurt its bottom line as the company brought in $32.7bn in reported total revenue during the second quarter. However, if the European Commission's ruling changes how Google implements search in Europe, this could have a serious impact on its business.