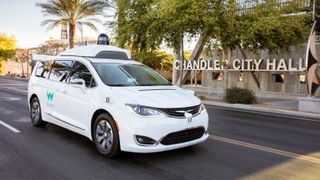 Training autonomous vehicles to drive independently is not an easy process and Alphabet's self-driving cars have managed to frustrate residents of Chandler, Arizona has they try to learn the rules of the road.

According to The Information, more than a dozen locals living near Waymo's office have spoken out against the company's self-driving cars that reportedly have a difficult time crossing a T-intersection.

One woman revealed that she almost hit one of the company's minivans after it stopped while trying to make a right turn and another man has admitted to illegally driving around the vehicles as they wait to cross the intersection.

For a little more than a year, Waymo has been testing its self-driving vehicles in the suburbs of Phoenix. However, since it is so difficult to train the cars to drive independently, the company's safety drivers regularly have to take the wheel according to people familiar with the issues.

Waymo has previously announced its plans to launch a commercial self-driving taxi service before the end of this year though a Waymo employee will ride in each car as a chaperone to make sure the vehicles perform correctly.

While fully autonomous vehicles may be the future of the automotive industry, having them drive alongside real-world drivers to train presents a number of issues that can confuse other drivers on the road.

Waymo and other self-driving car companies will continue to test their vehicles as they seek regulatory approval which means that drivers will have to come to terms with their new reality of sharing the road with both manned and eventually unmanned autonomous vehicles.