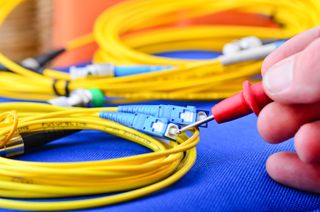 The Independent Networks Co-operative Association (INCA) has released a new report today titled “Building Gigabyte Britain,” which details how the government needs to create a more “ambitious strategy” if it hopes for the majority of the UK to have access to a fibre-to-the-premise (FTTP) connection over the next 10 years and near universal coverage by 2030.

The association is calling for a series of policy regulatory changes that would allow for the commercial deployment of 80 per cent of FTTP coverage by 2016. This approach differs greatly from a public subsidy scheme and INCA believes that it will be more effective in ensuring that the UK remains connected and ready to compete on a global scale.

Currently only two per cent of businesses and residential premises have access to FTTP connections according to Ofcom whose chief executive Sharon White believes that for the UK, “fibre is the future.”

INCA's report sheds light on how the government needs to step up its deployment of FTTP, saying: “Unless there is a swift and significant increase in FTTP deployment, the UK will trail behind all other developed nations on connectivity, significantly undermining its long-term economic growth and competitiveness.”

The report is critical of BT for propping up its copper network through the use of its G.fast technology. INCA regards the technology as misleading since it offers “eye-catching potential top download speeds” though it will eventually “simply repeat today's broken broadband problems: unreliable service, a patchwork of 'up to' speeds.”

INCA recommends that the government ensures rules are “strictly enforced” in order to prevent unnecessary FTTP networks to be created using public subsidy.

If the government were also to remove the barriers that exist when it comes to deployment of FTTP networks, alternate networks or “altnets” FTTP deployment plans could increase by 25 to even 50 per cent.

The chair of the INCA, David Cullen also offered insight to what could be achieved if the government followed the associations recommendations, saying: “If INCA's recommendations are implemented we believe the Altnets can deliver around half of these FTTP connections by 202.  This sector is ambitious and capable and central to Building Gigabit Britain.”