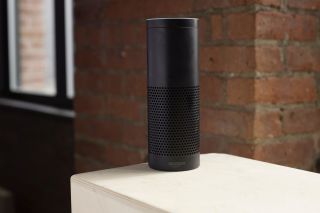 Amazon has cracked how to bring Alexa to devices with as little as 1MB of memory and a cheap(ish) Cortex-M processor. That means that we’ll be seeing the company’s smart voice assistant in a lot more devices than what’s currently on the market.

Prior to the announcement, Alexa required at least 100MB of RAM and an ARM Cortex-A processor.

This means that we can expect Alexa in devices such as light bulbs and switches. The company achieved this important milestone by offloading as much of the workload as possible – to the cloud.

"We now offload the vast majority of all of this to the cloud," AWS IoT VP Dirk Didascalou told TechCrunch. "The only thing that the device still needs to do is wake word detection."

This also means that the cost of production could go down, given that the materials can be up to 50 per cent cheaper, with lower-powered NXP or Qualcomm chips, he added.

Amazon did not go into the specifics on the types of devices that could benefit from the breakthrough, but the media are speculating we may start seeing things like Alexa-powered lightbulbs or light switches. Another important difference is that users will no longer need to look for their hub before engaging with the voice assistant, they’ll literally be able to speak to their home.