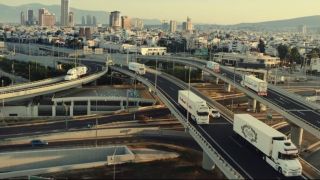 In an effort to promote US SMBs, Amazon has added a new section to its e-commerce site called Amazon Storefronts that will exclusively sell products from small and medium-sized businesses whose products are on Amazon.

The new section will feature over one million products from almost 20,000 companies and will also included curated collections, deals, videos and stories that highlight individual companies.

Every week, Amazon will showcase a featured “Storefront of the Week” and the e-commerce giant will also run a series of “Meet the Business Owner” profiles on its site.

“Small- and medium-sized businesses are the backbone of Amazon’s stores, and it's estimated those businesses have created more than 900,000 jobs worldwide. Amazon’s national ad recognizes that reality and celebrates business owners like Rutt and her husband Justin, living their own version of the American Dream.”

Amazon Storefronts is now live and while the new section does highlight some real US SMBs, it also offers a number of products such as the Essential Phone and the Eero mesh Wi-Fi router which were clearly not designed and made by families running small businesses.