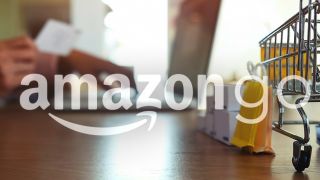 Amazon's expansion of its cashierless stores isn't slowing down, and the media are now reporting the retail giant is looking for a way to move across the pond.

Digital Trends published a report over the weekend stating that Amazon is eyeing a couple of retail sites in the UK for its Amazon Go stores. The report says the company is looking for spaces of around 5,000 square feet (roughly 500 square metres), which is quite bigger compared to the initial Seattle store.

Other than that, there are no details. We don't know when exactly the store might open, or if they will be in London, or somewhere else.

Amazon is still being tight-lipped on the matter, but we do expect an announcement eventually.

In late January this year, the company opened its first cashierless store, the Amazon Go, in Seattle, Washington. It describes the store as the 'future of retail' because it does not have checkouts or lines. People just walk it, grab what they need and walk out. The payment is sorted automatically, via in-store sensors and a mobile app.

Soon after opening the first store, Amazon opened the second one, and that's when the media started buzzing about more than 3,000 stores that were allegedly planned.