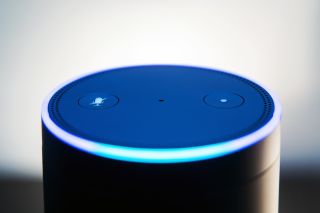 Amazon wants to make sure any device with a screen can be an Alexa device. With that in mind, it recently presented a new design language, aimed at programmers looking to build solutions and incorporate Alexa.

The language is called Alexa Presentation Language, or APL for short, allowing developers to build Alexa solutions that will also include other multimedia, like photos, videos and whatnot.

Third-party devices will be able to use APL through the Alexa Smart Screen and TV device SDK, which was announced to be arriving ‘in the months ahead’. According to TechCrunch, Sony and Lenovo will be among the early adopters.

Amazon introduced the new language yesterday, in Seattle. The company said the APL will ‘feel familiar’ to anyone who is used to working with front-end development. The company states it ‘adheres to universally understood styling practices’.

“This year alone, customers have interacted with visual skills hundreds of millions of times. You told us you want more design flexibility -in both content and layout – and the ability to optimize experiences for the growing family of Alexa devices with screens,” said Nedium Fresko, VP of Alexa Devices and Developer Technologies, in a statement. “With the Alexa Presentation Language, you can unleash your creativity and build interactive skills that adapt to the unique characteristics of Alexa Smart Screen devices,” he said.

You can find more details about the language here.