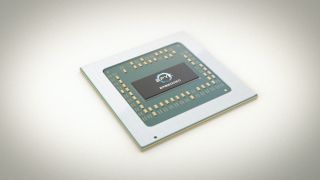 AMD has announced a major expansion to its EPYC and Ryzen product lines as it continues its battle for chip supremacy with Intel.

The new releases will allow the company to "enter a new age for high-performance embedded processors", reaching more customer bases than ever before.

The launches include the new AMD EPYC Embedded 3000, which brings the company's Zen architecture from its traditional PC and data centre home into a number of new areas, including networking, storage and edge computing.

Available in designs ranging from four to 16 cores, AMD says that the EPYC Embedded 3000 can provide up to 2.7 times more performance-per dollar and up to twice the connectivity than the competition, as well as offering "enterprise-grade" reliability, availability and serviceability (RAS) features.

Also on offer is the new AMD Ryzen Embedded V1000 processor, which brings together Zen CPUs and Vega GPU on a single die, offering up to 200 per cent more performance compared to previous generations.

Targeting the likes of medical imaging, industrial systems and digital gaming clients, AMD says that the new Ryzen offering can provide up to 2X uplift in performance over previous generations, as well as up to 3X more GPU performance than the competition.

Both new products also come with beefed-up security protection thanks to an embdeed secure processor along with tools such as hardware validated boot capabilities, secure memory encryption and virtualisation services.