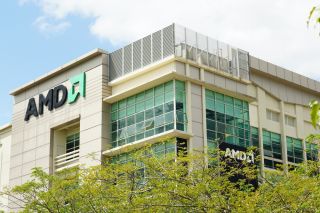 After the successful launch of its new Ryzen processors last week, AMD has announced the first details of its upcoming 'Naples' CPUs intended for servers and data centres.

These processors were designed around the same Zen architecture as Ryzen though they will be a great deal more powerful.  AMD has described them as having 'superior' memory bandwidth and some models will even feature up to 32 cores in order to handle a more demanding workload.

According to the firm, its Naples processors have already surpassed Intel's own offerings in a number of key categories.  For instance AMD's new CPUs contain 45% more cores when compared to its competitors Xeon E5-2699A V4 which only contains 22-cores.  Naples outdoes Intel's chip with 32-cores, 122% greater memory bandwidth and an input/output capacity that is 60% higher.

AMD highlighted the features of its Naples processor and touted its ability to support even more virtual machines per server, saying:

“With up to 64-cores, 4TB of memory, and 128 lanes of PCIe connectivity, two-socket servers built with the AMD Naples processor will have the flexibility, performance and security to support workloads that once required 4-socket or larger server configurations.  With this much capacity, organisations can support even more virtual machines per server in virtualised and cloud computing environments.”

It is expected that AMD will offer further details regarding its server and data centre focused chips during its presentations later this week at the Open Compute Summit in Santa Clara, California.