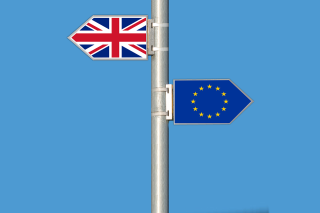 Apple and Facebook are both facing tax challenges in Europe as the EU and UK determine the best way to tax large technology firms.

In 2016, Facebook reported revenues of £842 million in Britain which is up significantly from the £202 million it reported in 2015.

The change is a direct result of the fact that the company switched to booking sales to its larger UK clients as opposed to through its headquarters in Dublin.

Facebook's tax charge for 2016 was £5.1 million compared to £4.2 million  in 2015. The small change to its tax bill is due to the fact that the tax authority had already calculated that Facebook did have taxable profits but actual tax obligations were never generated due to generous offsets related to share awards.

By channeling their sales through countries such as Ireland, large tech companies like Facebook and Apple are able to shift their profits to countries that have zero tax jurisdictions.  This way they do not have to report profits in the countries in which their salespeople and customers are based making it much more difficult for governments to tax them.

The European Commission is trying to put a stop to this practice and recently announced that it would be taking Ireland to court over its failure to collect £11.5 billion in back taxes from Apple.

Europe's competition chief Margrethe Vestager stressed that Ireland has done little to recover the money from the company, saying:

"Ireland has to recover up to €13bn in illegal State aid from Apple. However, more than one year after the Commission adopted this decision, Ireland has still not recovered the money, also not in part. We of course understand that recovery in certain cases may be more complex than in others, and we are always ready to assist. But member states need to make sufficient progress to restore competition. That is why we have today decided to refer Ireland to the EU court for failing to implement our decision."

While tax incentives are a great way to draw in business, there comes a time when governments must step in and collect what they are owed.