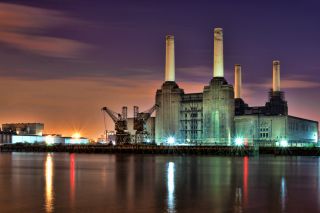 Apple has announced that it plans to move its UK headquarters to Battersea Power Station in South West London, which is currently undergoing a $10 billion regeneration project.

The building's towers and location on the Thames make it iconic and it will soon be filled with 1,400 of the company's workers though, it could house double that number if needed. Apple will occupy six floors or about half a million square feet of office space which is equivalent to 40 per cent of the available offices in the renovated building.

The company's decision to relocate its UK headquarters to London has been greeted with enthusiasm by the UK government. The Mayor of London Sadiq Khan has praised Apple's decision, saying: “I am delighted that Apple is moving into Battersea Power Station, helping to generate new jobs and economic prosperity for Londoners. It is a further sign that London is open to the biggest brands in the world and the leading city for trade and investment.

Chancellor Philip Hammond also saw the company's decision as one that would benefit London, saying: “Apple's decision to move 1,400 staff to a new campus at Battersea Power Station further strengthens London's position as a global technology hub, and demonstrates how the UK is at the forefront of the next steps in the tech-revolution. It's another vote of confidence in the UK economy, sending a clear signal that companies are continuing to invest in Britain's future, and that we are on of the most attractive investment destinations for the global technology industry.”

In its own statement on its new London headquarters, Apple said: “We are looking forward to opening Apple's new London campus at the Battersea power station in 2021. 1400 Apple employees from existing offices around London will relocate to this magnificent new development at one of London's best-known landmarks. It's a great opportunity to have our entire team working and collaborating in one location while supporting the renovation of a neighbourhood rich with history.”

Although Apple has announced that it will be moving its UK headquarters and a great number of its UK staff to London, its European headquarters will remain in Ireland.