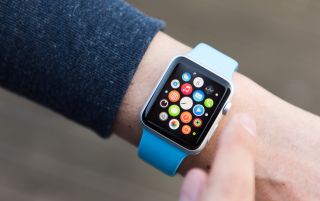 Apple has made an appeal to be spared US tariffs on China-made products.

The American company has asked its government to exclude it from the imposed tariffs as it builds several products in China, including HomePod speakers, iMacs, iPhone smart battery cases and spare iPhone parts, AirPods and a lot of other hardware.

The tariffs that the US government imposed increases the expenses Apple has on its own gear by 15 per cent.

While filing a plea with the US Trade Representative’s Office, Apple said its consumer electronic devices were “not strategically important or related to ‘Made in China 2025’ or other Chinese industrial programs’.

The request was submitted on the first day the Trump administration began accepting them, Reuters says. The tariffs came into effect on September 1.

Apple has grown its wearables and accessories into a serious business. The main parts – Apple Watch, HomePod and AirPods have raked in $24.5bn in the fiscal 2019, which represents almost a tenth of its entire revenue.

Sales were up by 41 per cent year-on-year. The imposed tariffs are threatening to make life that much more difficult for Apple.

But it’s not just Apple that pleaded with the Trump administration to terminate the tariffs. FitBit, the company that builds fitness trackers which was recently acquired by Google, it also asked to be excluded from the tariffs. The company told the administration “the vast majority of global production capacity for wrist-wearable communications devices is in China.”

china
apple
us
tariffs
Get Weekly News and Analysis