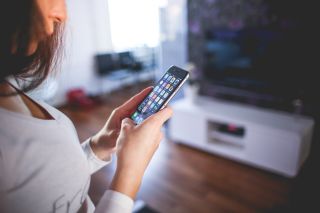 Apple has shaken the business world by lowering its sales and revenue forecast for the next quarter.

According to a Reuters report, Apple reduced its forecast to $84 billion in revenue for the fiscal first quarter that ended on December 29.

Originally, Apple had forecast anywhere between $89 billion and $93 billion, while analysts opted for $91.5 billion.

Consequently, this triggered a broader sell-off. The company shares fell 7.7 per cent in after-hours trading, so Apple is now worth less than $700 billion.

Apparently, Apple CEO Tim Cook laid the blame for the company's “poor” performance on China, where iPhone sales are in a slowdown due to deteriorating US-China relations.

“While we anticipated some challenges in key emerging markets, we did not foresee the magnitude of the economic deceleration, particularly in Greater China,” Apple CEO Tim Cook said in a letter to investors.

“The much larger issue is the slowing of the (Chinese) economy, and then the trade tension that has further pressured it,” Cook said.

However, not everyone agrees that the entirety of the problem can be blamed on deteriorating US-China relations. Some analysts point the finger at Apple itself, and its pursuit of constantly increasing iPhone prices.

“Apple sales in China have not been doing well for a few quarters now, part of the reason is that their price points have gone too high - past the $1,000 mark,” said Kiranjeet Kaur, an analyst at market research firm IDC. “(That’s) almost three times as expensive as phones from other vendors that are filling the mass market.”