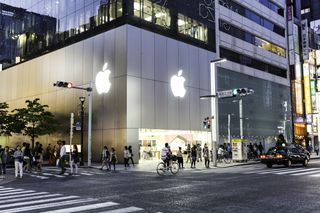 The race for the most valuable US company is far from over, and Apple is back where it was a few months ago – at the number one spot, ahead of Microsoft and Amazon.

This Wednesday, the company's market capitalisation rose 0.03 per cent, hitting $821.5 billion, Reuters reports. This was enough to move it past Microsoft, whose market cap currently sits at $813.4 billion, and Amazon, whose market cap is $805.7 billion.

Unlike Apple, whose market cap rose, Microsoft's and Amazon's slid, 1.11 per cent, and 1.12 per cent, respectively. Since the company's quarterly reports on January 29, Apple's stock rose 13 per cent.

The company's value has created an emotional rollercoaster for its owners in the past couple of months. Declining interest in iPhones, trade wars with China, as well as rising device prices which are putting them out of reach for many consumers, have driven the company's value down, which worried some investors.

Last October, the company has had a market cap of $1.1 trillion, and in early January, it hit a low of $675 billion.

Apple was also helped by Amazon, whose annoucement to invest more this year also raised a few questions with the investors.

“That has raised some eyebrows, it’s a perception that Amazon may be settling into a more mature phase in terms of growth,” said Dan Morgan, a senior portfolio manager at Synovus Trust in Atlanta.