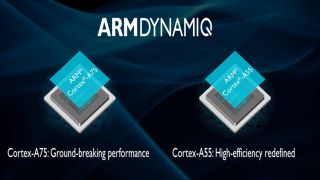 ARM has revealed its latest series of mobile processors, promising its most advanced performance yet.

The company has unveiled its new Cortex-A55 and Cortex-A75 chips, which will make smartphones and other mobile devices smarter, more powerful, and longer lasting when they begin appearing in devices from next year.

The Cortex-A75 is now ARM’s most powerful product, with the company claiming that it offers 22 per cent better performance compared to the previous flagship, the Cortex-A73., which was revealed almost exactly a year ago.

The new flagship A75 offers a “huge jump lift in power”, the company says, offering laptop-esque experiences and performance in mobile devices for the first time.

But the new processor isn’t just for mobile devices, as ARM says that the Cortex-A75 can be used to facilitate the roll-out of powerful Artificial Intelligence systems, such as smart city infrastructure and even self-driving cars.

ARM says that the Cortex-A55, offers a "significant step" in power efficiency, providing a 15 per cent boost compared to its predecessor, in addition to 10 times the scalability, and a doubling in memory efficiency power.

As well as mobile devices, ARM says that the Cortex-A55 could be used to drive intelligent IoT devices which require greater efficiency and all-day power, such as factory robotics, meaning they should need less maintenance.

But the release should also see more smartphones outside of flagship models able to include top-end features such as virtual reality and console-level graphics performance for videoconferencing and gaming.

"We're addressing the need for more compute...giving us more and better experiences," ARM’s Ian Smythe said announcing the new products, "we're raising the bar when it comes to mobile communities."