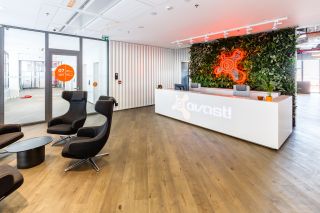 In an effort to expand its business in the UK and cement its position in the security and system performance market, Avast has acquired the UK-based company Piriform - best known for its desktop and mobile system cleaner CCleaner.

Piriform was founded in London in 2004 and the company currently offers a variety of utilities and tools for Windows, Mac and Android. CCleaner is by far its most popular product, boasting a user base of 130 million, 15 million of which use the Android version of the software.

The acquisition of CCleaner makes sense for Avast even though the company already provides Avast Cleanup and AVG TuneUp to its users and both of which offer similar functionality.  The company will continue to offer all three products under their own brands in order to avoid losing any of its current users.

“We see many commonalities between CCleaner and Avast, allowing for great new products for our user bases. Avast and CCleaner are the top two downloaded products on popular download sites. They are both known by advanced users as focused on performance, so we believe there will be a great interest from our CCleaner customers in using Avast security products and vice versa. In today’s connected world, it’s all about speed and high performance, and with Piriform’s robust technology we can address this need perfectly. We look forward to working with the Piriform team to grow the business together.”

Piriform's employees will be joining Avast as part of its consumer business unit where they will report directly to the company's CTO Ondrej Vlcek.

Avast has not only strengthened its foothold in the security and system cleanup space but the company has also established itself as one of the key players in London's local tech hub.