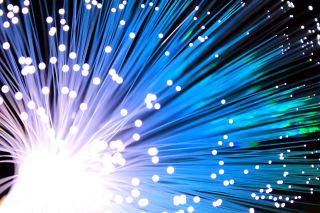 It seems as the UK government’s plan to bring full-fibre broadband connections to 96 per cent of UK homes and businesses is an ambitious one, given that the penetration currently sits at around 10 per cent.

Ofcom’s latest Connected Nations 2019 survey claims that roughly three million homes and businesses have internet access with speeds of up to 1Gbps – up 50 per cent (1.5 million) compared to the same period last year.

When it comes to superfast broadband (30Mbps and up), figures have also gone up, albeit at a slower pace. The coverage is now around 95 per cent which makes it challenging to further expand the infrastructure, but additional 500,000 homes have been added.

In the regions where superfast broadband is available, more than half (57 per cent) use either superfast or ultrafast (300Mbps and higher).

Further deployment of wireless home broadband from BT and EE on mobile networks have reduced the number of homes without solid broadband. Ofcom believes that a maximum of 155,000 homes don’t have access to “decent” fixed broadband.

As of March 2020, homes without a “decent” connection will be able to get one from BT, it was said.

“This week, we made full-fibre broadband available to our two-millionth home, meaning we’re still on track to reach four million front doors by the end of March 2021," Ofcom said in a statement. "At the same time, there are still more than 14 million homes and businesses in the UK that could order a better service over our network today, but haven’t yet upgraded.”

“That means they could be missing out on better connections that would allow them to work from home, stream entertainment and manage their smart home devices without any interruptions.”