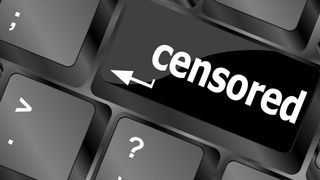 The BBC is looking to help people in the Middle East and Russia circumvent online censorship, and it's taking advantage of the Tor browser to do so.

As of yesterday, visitors can use the Tor browser, usually used to access the dark web, to open a specially crafted BBC link - bbcnewsv2vjtpsuy.onion. This link won't work if you try it on a 'regular' browser.

The news itself won't differ much from what you'll see on the BBC homepage, but there are two important elements to single out. Firstly BBC Arabic, BBC Russian and BBC Persian will be available right from the get-go. Secondly, UK-only content won't be available due to, as the BBC puts it, broadcast rights.

"The BBC World Service's news content is now available on the Tor network to audiences who live in countries where BBC News is being blocked or restricted,” the BBC said in a news statement.

“This is in line with the BBC World Service mission to provide trusted news around the world."

Online censorship has long since been a hot topic. The Chinese are notorious for censoring online media, and have gone as far as to ban Google and YouTube entirely.

The search engine giant has even tried to build a China-only search engine, called Project Dragonfly, which would omit censored links from search engine results, but ended up dropping the project after pressure from its employees.

Blockhain is also being perceived as one of the new technologies which could spell trouble for countries and other entities looking to censor online content.

A Virtual Private Network, or VPN, is another easy way to prevent the government and ISPs from blocking access to certain sites.