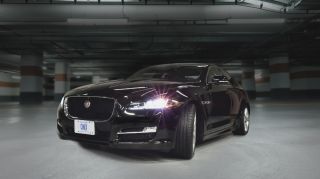 Connected vehicles will soon be able to benefit from a major security boost following a new release by BlackBerry.

The Canadian firm has revealed the launch of Jarvis, a cloud-based security platform that can provide real-time insights of code within a vehicle.

With the industry still in its relative infancy, connected cars often contain components and software from a wide range of different third parties, making security a common challenge for the carmakers.

Jarvis looks to bypass these challenges and provide a full overview of everything contained with a connected car's software. The platform, which will be offered on a pay-as-you-go basis, will also be tailored to each specific carmaker, giving them a deep dive into any stage of production they need.

BlackBerry CEO John Chen described Jarvis as "one of a kind" offering that is easy to use as well as being scalable and cost-effective for manufacturers of all sizes.

"Connected and autonomous vehicles require some of the most complex software ever developed, creating a significant challenge for automakers who must ensure the code complies with industry and manufacturer-specific standards while simultaneously battle-hardening a very large and tempting attack surface for cybercriminals," Chen said.

Revealed during a keynote at the North American International Automotive Show (NAIAS), Jarvis will now be trialled with some of BlackBerry's existing partners. Jaguar Land Rover was revealed as the first carmaker to try out the new software, saying that Jarvis had helped reduce the time needed to access their car's code from 30 days to seven minutes.

Although previously better known for its smartphones, BlackBerry has made serious shifts over to the software industry in recent years.

Last month, the company's CSO told ITProPortal that BlackBerry wanted to "secure the entire enterprise of things...and whatever things you have connected.”