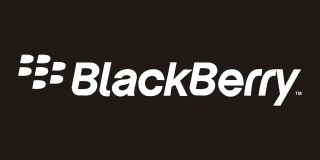 BlackBerry has completed its billion-dollar takeover of artificial intelligence and cybersecurity company Cylance.

BlackBerry had shelled out $1.4 billion for the deal, first revealed last year, as it plans to become ‘the world’s largest and most trusted AI-cybersecurity company’.

BlackBerry hopes that the addition of Cylance’s machine learning and AI technology will help with the development of BlackBerry Spark, a secure communications platform that the company is developing for IoT devices.

Stuart McClure will remain the President of BlackBerry Cylance and will continue leading the business’ engineers that currently manage more than 4,000 clients worldwide.

Previous media reports said that the deal would be paid out in full in cash. It is also the largest acquisition BlackBerry has ever made. It was reported that Cylance wanted to go public, but BlackBerry crashed the party before that could happen.

The company was founded in 2015 by Intel’s and McAfee’s scientists, and has Fortune 100 companies among its clients. It uses AI and ML to analyse and detect cybersecurity threats.