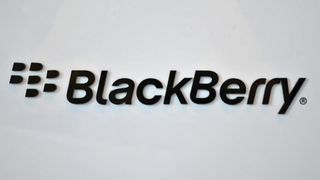 In 2017, ransomware attacks were the most common type of malware and its projected that by the end of 2018, a business will be hit by such an attack every 14 seconds.

Organisations using BlackBerry Workspaces though will have a recovery response should their devices and synced files fall victim to a ransomware attack. The company's new ransomware recovery feature helps to contain and limit the damange of ransomware attacks by freezing the accounts of affected users.

In BlackBerry Workspaces, an administrator can check user logs to pinpoint exactly what workspaces, folders and files have been affected by an attack. They can then selectively roll back the affected files, folders and accounts to pre-attack versions with no limit on how far back it can recover.

“Beyond data loss, opportunity costs, and reputational risks, downtime resulting from ransomware attacks can inflict real harm on customers in any industry, including healthcare or public safety, where the consequences of any delay can be catastrophic. Organisations need to have a strong culture of security in order to minimise the risk of an attack – something that our Cybersecurity Consulting team has been supporting for the last several years. And in a worst-case scenario, it’s critical that organisations also have a layered defense model in place and an enterprise technology stack that is designed with the inevitable breach in mind.”

BlackBerry's new ransomware recovery feature will be available in BlackBerry Workspaces Collaborate and Secure Plus editions at no additional cost and the firm will be demonstrating its new solution at the 2018 BlackBerry Security Summit in London this September and in New York City this October.