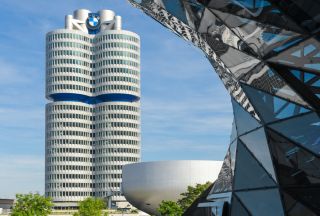 BMW Group has announced that its i Ventures division will be investing £427 million over the next 10 years on new car technologies in an effort to bolster its progress in developing autonomous vehicles.

The company's i Ventures division will use the money to invest in startups working on technologies such as autonomous driving and mapping that will allow BMW to improve its cars by making them both more intelligent and efficient.

BMW made the announcement via its website on Monday and its decision to invest in new technologies comes at a time when the company has begun to lose ground to rival Tesla, which not only produces electric vehicles but has made significant headway towards its cars being autonomous.

The i Ventures division will be moving its headquarters from New York to Silicon Valley and it will also be allowed to operate with more autonomy. This move will free up the division to make quick decisions as to what startups it wants to invest in or partner with in developing new automotive technologies. BMW i Ventures has also broadened its scope when it comes to searching for startups and the division will begin to look in Europe and Asia for new companies to acquire.

BMW Group board of management member Peter Schwarzenbauer explained why the company has decided to invest heavily in its i Ventures division, saying: “These days, more and more innovations come from the startup scene. Venturing allows us to tap into this potential at an early stage. To achieve this, we are now giving BMW i Ventures a much broader footing.

“The atmosphere of radical openness and idea-driven exchange that characterises the startup scene is particularly fruitful for an innovation leader like BMW.”