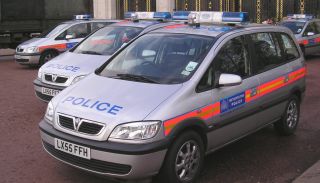 London's law enforcement forces are about to get a significant storage upgrade thanks to a new partnership with Box.

The online storage giant has announced that it will now be working with the London Metropolitan Police to provide 50,000 staff with better cloud provision.

The Met says that the move will help it accelerate its move towards digital policing, bringing benefits such as faster and more efficient content management, particularly in storing CCTV footage.

The new systems will also hopefully act as a more reliable central database for evidence, without the need to transfer photo or video content onto physical media such as USB sticks or DVDs to be sent to local authorities or law courts.

“It’s my job to deliver digital transformation at the Met and to equip our officers and staff with the best technology to enable a constantly-improving service and response to crime in London,” said Angus McCallum, chief information officer at the Met.

“By choosing Box, we’re transforming how we access content across the force, making us much more effective and efficient, which is absolutely critical when working on the frontline of law enforcement.”

The news is the latest in a series of major partnerships announced by Box, which has teamed up with both Google and Microsoft in the past few months.

“The Met is the largest police force in the UK,” said David Benjamin, Box senior vice president and general manager of EMEA. “By choosing Box, the Met is empowering its workforce to work in smarter ways as they fight crime. We’re absolutely thrilled that Box can help power the Met’s incredible work protecting the city of London.”