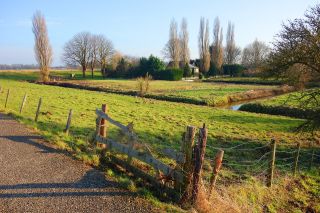 The UK's decision to leave the EU may actually benefit those living in rural areas according to UK Environment Secretary Michael Gove who has promised to use the funds that would have been given to the EU to improve connectivity in rural areas.

During a speech at the National Farmer's Union, Gove told the delegates there how the government would spend billions of pounds to help improve both broadband and 4G network speeds in rural areas of the UK after Brexit.

Gove criticised the UK's current broadband speeds and painted a picture of how Brexit could help improve them, saying:

“Universal broadband and 4G coverage for all – paid for by the money we no longer have to give to the EU – that is what we mean by taking back control.  It is unjustifiable that in the country that first guaranteed universal mail provision, invented the telephone and television and pioneered the World Wide Web that broadband provision is so patchy and poor in so many areas.”

He also cited the EU's rules on state aid as to why the UK had not been able to significantly invest in broadband in a way that was best for the country.

Research by Ofcom has revealed that one million citizens in the UK are unable to get speeds of 10Mbps and the government is planning to introduce a universal service obligation by 2020.

The question as to whether rural broadband speeds in the UK will actually improve still remains to be answered and at this time it seems as though Gove's statements contained more rhetoric than actual details on how Brexit money could realistically be used to improve the connectivity situation of those living in rural areas.