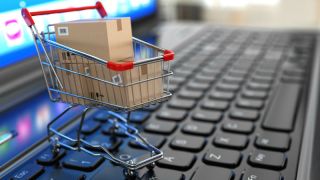 Since lockdown was introduced in March, UK consumers have grown increasingly wary of cybercrime - in particular, online scams.

According to a new report from Ipsos MORI, almost a quarter (22 percent) are afraid of buying counterfeit goods online, while more than half fear account breaches and malware (58 and 57 percent, respectively).

However, confidence in the government's ability to protect its citizens from cybercrime is relatively high, with more than half of consumers trusting the public sector to handle their data.

“Around half of the British public say they are confident in the government and law enforcement agencies to protect them from fraud and cybercrime but a sizeable chunk of the population is feeling more at risk since the PM announced lockdown in late March,” said James Stannard, Associate Director at Ipsos MORI.

“When it comes to specific risks, people are most concerned about their online accounts being accessed without permission or their devices being infected with viruses or malware."

"While around a third of people who have taken steps to be more cyber-secure say they have done so as direct result of feeling more at risk, it’s vital everyone does more to protect themselves from fraud and cybercrime, not just those who feel more vulnerable.”

The Covid-19 pandemic has marked a new low for cybercriminals, who even targeted hospitals treating the most at-risk patients. They also targeted remote workers, no longer under the watchful eye of the IT team.