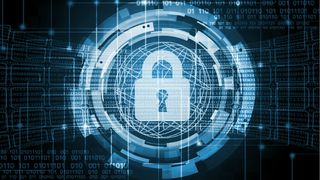 Despite the fact that identity theft and data exposure crimes are on the rise, Brits are doing very little to make sure their online activity remains well protected against criminals.

A new report from cybersecurity experts F-Secure claims that usernames and passwords, especially reused ones, are still being used to great extent.

On average, a UK user handles 18 different accounts, meaning breaching one could also result in all of the others getting breached, as well.

Even though they’re not exactly diligent with their cybersecurity, Brits are well aware of the risks they’re taking. Two thirds said they were worried about having their identity stolen and then used to purchase something or take a loan online. At the same time, more than a third said one of the services they use have had a data breach in the last year.

“It’s interesting that despite many online users being aware of the dangers of ID theft that many still aren’t putting enough measures in place to protect themselves,” commented Tom Gaffney, principal security consultant at F-Secure.

“For many ID theft is distressing, time consuming and costly so it’s crucial people protect themselves more so than they are.  There could be a number of reasons why people are risking themselves including lack of awareness or inconvenience but now more than ever they need to be clued up on it.”