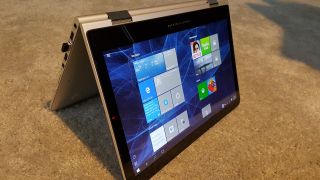 Though desktop PC sales are declining worldwide, new research has revealed that 66 per cent of Brits are still holding on to their ageing systems.

According to online electrical retailer reichelt, though mobile adoption has increased significantly over the last few years many older users have opted to continue using their desktop PCs in favour of purchasing a newer 2in1 PC.

Of those surveyed, only 7 per cent plan to buy a new PC within the next 12 months as desktop shipments fell below 100 million for the first time last year.  However, millennials see things differently with 45 per cent planning to ditch their desktops for a more portable device.

Just 37 per cent of 18-24 year olds currently own a desktop they still use compared to 79 per cent of those over 55.  Millennials cite their more active lifestyles as a reason for choosing a laptop or 2in1 over a traditional PC.  Overall 39 per cent of Brits own a desktop PC that they no longer use.

As a result of the shift towards more mobile devices, the 2in1 form factor is predicted to increase due to the scope and market potential for consumer brands.  However, convertible devices have still not managed to establish themselves as a real contender to the desktop with 84 per cent never having used a 2in1 PC and only 5 per cent of users in the UK owning a convertible device.

“Whilst many people may still own a desktop, they’re gathering dust in the corner of the room as more portable, easy to use devices fit in with modern lifestyles and the need to be able to be connected and access videos, emails and work on the move. Millennials are driving this shift in computing choices. The time has come to make the switch from traditional desktops to mobile devices that offer the best of both worlds.“