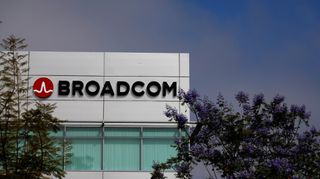 Broadcom has confirmed it has abandoned a deal to acquire Qualcomm.

The Singapore-based company said it was "disappointed" to halt its approach, but was doing so in order to comply with a US Presidential Order issued earlier this week.

President Trump's order looked to put a stop to the deal on the grounds of "national security", following Broadcom's increasingly hostile attempts to acquire its fellow chipmaker.

If it had gone through, the rumoured $117bn takeover would have been the largest deal in technology history, with Broadcom taking over Qualcomm's extensive mobile and networking expertise.

Broadcom said it was still planning to go through on its plans to relocate to the United States, which had been thought to be a key component of having the deal ratified. The move will undoubtedly cost the company more in terms of tax, but should make any potential future deals much easier to pass through approvals.

However if recent rumours are to be believed, the firm, know for its industrial hardware, may soon become a target itself, with reports earlier this week claiming that Intel was considering a takeover bid.