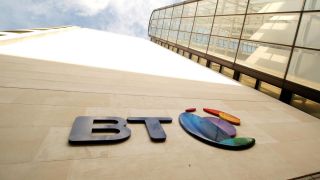 Another day, another bad news for Huawei. This time, it's BT that's triaging the Chinese telecoms company from its 4G network infrastructure within the next two years.

Things aren't looking any better for the 5G future either, as BT says it will not include the Chinese company in the bidding for contracts to supply equipment for the next generation in mobile connectivity.

BT will continue using Huawei for 'benign parts of the network' – equipment on masts and other outside parts - but not on the core network.

Huawei is faced with allegations from certain western countries that the Chinese government uses its hardware to spy on its adversaries. Countries like the United States, India, New Zealand, Australia, Germany, Italy have all either considered, or outright banned Huawei from participating in building 5G infrastructure.

These countries claim Huawei, willingly or not, is being used by the Chinese government for espionage. Therefore, using its technology to build the national 5G network is considered a 'threat to national security'.

Even though the two countries are currently in a truce of sorts, China and the US have been waging a trade war for the past few months. Another Chinese telecommunications company, ZTE, was hit hardest, when the US forced it to pay a 1bn fine and completely change its C-suite, after failing to comply with an embargo the US has on North Korea and Iran.