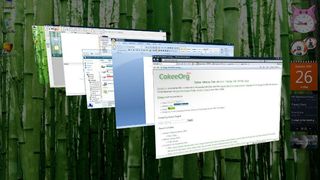 More than half of organisations are still running some version of Windows XP operating system, despite the fact that Microsoft stopped supporting the platform almost two years ago.

This is according to a new report by Spiceworks, a professional network for the information technology industry.

When it comes to Windows Vista, whose end of life is approaching next week (April 11, 2017), the situation is no better – nine per cent of all businesses worldwide are using it.

That means, unless something changes overnight, almost two thirds of businesses worldwide (61 per cent) will have at least one machine in their network that runs an operating systems which no longer receives security patches or vulnerability updates.

However, that’s the key point here – at least one machine. In general, businesses have been migrating to newer versions of the OS. Looking at all of business PCs, globally, Windows XP is running on 14 per cent of them. Windows 10, on the other hand, has now been adopted by 54 per cent of businesses. Windows 7 remains the most popular version of the OS, with a business penetration rate of 87 per cent.

“Although some IT departments aren’t able to upgrade on time due to a lack of time or budget, it’s critical for IT professionals to make a business case for more resources, given the security risks of running operating systems with unpatched vulnerabilities.”