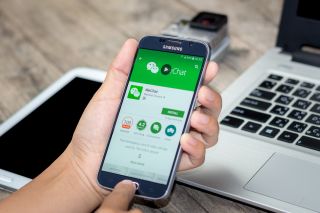 A group of researchers have revealed that the Chinese government is collecting data on its citizens to an extent where their movements can even be tracked in real-time using their mobile devices.

This discovery was made by The Citizen Lab at the University of Toronto's Munk School of Global Affairs who specialise in studying the ways in which information technology affects both personal and human rights worldwide.

It has been known for some time that the Chinese government employs a number of invasive tactics to be fully aware of the lives of its citizens.  Though Citizen Lab was able to discover that the government has begun to monitor its populace using apps and services designed and run by the private sector.

The discovery was made when the researchers began exploring Tencent's popular chat app WeChat that is installed on the devices of almost every Chinese citizen with 800 million active users each month.  Citizen Lab found that not only does the app help the government censor chats between users but that it is also being used as a state surveillance tool.  WeChat's restrictions even remain active for Chinese students studying abroad.

Ronald Deibert, a researcher at Citizen Lab, offered further insight on the team's discovery, saying: “What the government has managed to do, I think quite successfully, is download the controls to the private sector, to make it incumbent upon them to police their own networks.”

To make matters worse, the data collected by WeChat and other Chinese apps and services is currently being sold online.  The Guangzhou Southern Metropolis Daily led an investigation that found that large amounts of personal data on nearly anyone could be purchased online for a little over a hundred US dollars.  The newspaper also found another service that offered the ability to track users in real-time via their mobile devices.

Users travelling to China anytime soon should be extra cautious as to their activities online and should think twice before installing WeChat during their stay.