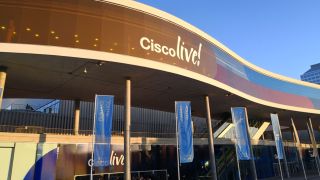 Cisco has revealed its latest effort to shake up the multicloud market with a new containerisation launch.

At its Cisco Live 2018 event in Barcelona today, the company revealed its new Cisco Container Platform, an open-source offering aimed at simplifying multicloud deployment for apps and other enterprise services.

Cisco says that the launch complements will allow organisations to get the most out of Kubernetes deployments, with benefits for both developers and IT teams alike. It believes the platform will greatly accelerate and simplify app development deployment, management and configuration, allowing businesses to get more than ever from the containerised apps.

The platform will be made available from April as optimised with HyperFlex 3.0, with a further launch in the summer for VM infrastructure, bare metal and public cloud.

The Cisco Container Platform also represents a “significant milestone” in the company’s hybrid cloud development in partnership with Google Cloud, slotting in neatly alongside the products and services announced by the two companies last year.

“We see this as giving our customers another choice,” Kip Compton, VP of Cisco’s cloud and solutions group said at Cisco Live 2018 media briefing.

“Cisco is focused on enabling customers’ multicloud ambitions. Cisco Container Platform helps customers realise the potential of Kubernetes and containers, simplifying the deployment and management of Kubernetes clusters in a multicloud environment with enterprise-class security and compliance.”