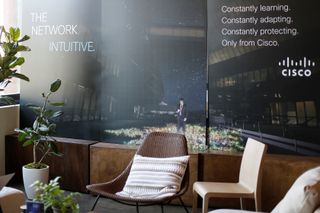 Cisco has unveiled its network of the future designed with the ability to learn, adapt and evolve to combat security threats and manage the increased load put on networks by an ever-increasing number of devices.

The company created its new network with the intent of developing an intuitive system that can anticipate actions, stop security threats and continue to evolve and learn over time.  Cisco's network of the future will allow businesses to solve the challenges they face in a time of increased connectivity and distributed technology.

Today network engineers manage hundreds of devices but in just a few years time, they will be expected to manage one million by 2020.  Cisco has spent years researching and developing the technology to bring its new network to life.

The chief executive officer of Cisco, Chuck Robbins, highlighted the problems today's networks faced and explained why the company decided to develop a more intuitive network that can adapt to a number of situations, saying:

“The network has never been more critical to business success, but it's also never been under more pressure.  By building a more intuitive network, we are creating an intelligent platform with unmatched security for today and for the future that propels businesses forward and creates new opportunities for people and organisations everywhere.”

David Goeckeler, the senior vice president and general manager of networking and security at the company detailed how its new network can solve problems previously thought to be unsolvable saying: