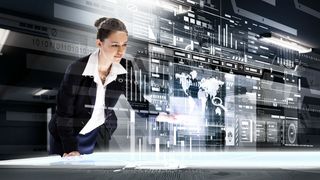 When it comes to cloud skills, there’s a significant gender gap, and it’s particularly visible in the UK. This is according to a new report by Microsoft, entitled “Microsoft Cloud Skills Report: Closing the Cloud Skills Chasm”. According to the report, the gender mix among technical IT staff is 20 per cent female versus 80 per cent male. In just a fifth of companies (21 per cent), the gender mix was 40 per cent or greater.

Microsoft says this gender imbalance is ‘concerning’, but perhaps even more concerning is the fact that very few companies are actually doing something about it. A third (35 per cent) said they had no policies to address the issues (46 per cent for companies with 250 – 999 staff). A quarter (23 per cent) said they didn’t know of any actions put in place.

“This is worrying”, Microsoft claims, adding that there is plenty of evidence supporting the fact that having a gender diverse IT staff could boost revenue.  “With substantial evidence suggesting the positive impact that a more diverse project team has on project costs, timelines and performance, it raises the question: is the gender imbalance causing UK businesses to miss out on the benefits of digital transformation?”

The core of the problem seems to be women’s interest in STEM, which drops significantly when they reach their teen years.  “The girls interviewed also said they would like to see more encouragement from women with professions in STEM areas. Perhaps the most important finding from the study is that there is a four-year window – between 11 and 15 – where we can get girls engaged and excited about careers in STEM, and foster a lifelong love of these subjects. More must be done to demonstrate to this group in particular that a career in technology and cloud services can be a creative, fulfilling and rewarding career to pursue,” Microsoft concludes.

This is the third article in the series on Microsoft’s new cloud skills report. You can find the first article on this link, and the second one here. More details about the report, as well as a download link can be found here.