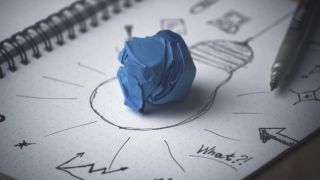 Companies are being swamped by too many innovation projects, many of which never make it to market. This is according to a new report by Oracle, based on a poll of more than 5,000 decision makers in cloud and software, among 24 markets.

The report also states that there is a clear correlation between successful businesses and those that innovate more and innovate faster. It was said that almost nine in ten (85 per cent) of companies that experience significant growth are those that invest in innovation.

“Employees will always be a critical factor in any innovation program – both coming up with new ideas that address real problems and seeing them through to fruition,” says Neil Sholay, Vice president of Innovation, Oracle.

“But they need an effective and supporting culture of innovation to be successful. This starts with a clear vision from leaders and the prioritization and funding of chosen projects. Being innovative isn’t just about ideas, it’s about execution.”

“Companies must be able to meet changing customer demands by acting on ideas quickly. Take Melia Hotels International, it recognised its customers wanted a getaway where they didn’t need to carry around cash, IDs, credit cards, and keys. It quickly launched a personal passport in the form of a bracelet, giving guests a whole new level of freedom to seamlessly travel around the hotel. The concept went from idea to innovation in a matter of weeks because the chain had technology behind it that was ready-to-work, ready-to-build and ready-to-go.”