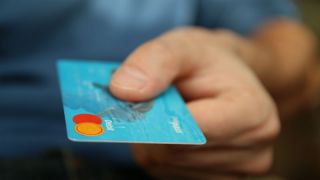 The UK is continuing to embrace mobile and contactless payments as the impact of cash continues to decline, new figures have revealed.

British consumers and businesses are increasingly shunning physical money in favour of card and online payments, according to the UK Cash and Cash Machines 2017 report from watchdog UK Finance.

Overall, the UK made 15.4 billion cash payments in 2016 – an 11 per cent drop from the 17.2 billion seen in 2015, with the total number of cash payments being equivalent to less than half of all recorded transactions for the second year in a row.

However even this decline still meant cash was the most commonly-used payment method in the UK, being used 25 per cent more often than the second most frequently-used method; debit cards (11.6 billion payments). In total, cash payments reached £240 billion, accounting for 15 per cent of the total value of consumer spending, a decline of five per cent compared to the previous year.

“It is clear that over the past few years we have witnessed a significant shift away from cash use in this country with contactless cards undoubtedly causing a decrease in the use of notes and coins," said Adrian Buckle, chief economist at UK Finance.

However we don’t believe that the UK is on the verge of becoming cashless, as some reports have claimed. People will always want to choose the payment methods that best suit them and, for the foreseeable future, in lots of cases that will continue to be cash.”