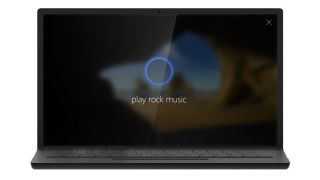 While having Cortana on the lock screen of your Windows 10 device may be convenient, it could also put your system at risk according to a new discovery by researchers at McAfee.

The security firm's researchers discovered that Microsoft's digital assistant could be summoned from the lock screen and used to execute malicious software. However, an attacker would first need physical access to a machine before they could infect it.

In a blog post on its site, McAfee explained exactly how a potential hacker would go about getting Cortana to index malicious files from a USB drive in order to execute them. The files used could be executables or even Powershell scripts that could be utilised to reset a user's account password in Windows 10.

The attack itself takes advantage of how Microsoft's digital assistant is able to listen for commands while a device running Windows 10 is locked as well as the fact that the operating system regularly indexes files so that they can be available to Cortana's search interface.

To protect your system from falling victim to such an attack, McAfee recommends disabling Cortana on the lock screen. While such an attack is still possible on unpatched machines, it is now less likely thanks to a recent security update from Microsoft to address the issue.