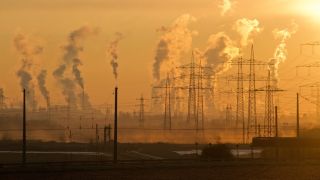 Three in four IT security professionals worldwide are more worried about a potential cyberattack against critical infrastructure than a data breach in their enterprise. This is according to industrial cybersecurity firm Claroty, which polled 1,000 full-time IT security pros in the US, UK, Germany, France and Australia.

When asked which critical infrastructure sector they believe to be most vulnerable, the most common response (45 percent) was electrical power, followed by oil and gas (21 percent).

Hacking was the greatest concern (43 percent), but respondents were also wary of potential ransomware attacks (33 percent).

The strong consensus is that the government should be in charge of protecting all critical infrastructure, as opposed to the private sector. All German respondents agreed on this point, followed by 98 percent of Australians and 91 percent of UK respondents.

“While IT and OT convergence unlocks business value in terms of operations efficiency, performance, and quality of services, it can now be detrimental because threats, both targeted and non-targeted, now have the freedom to manoeuvre from IT to OT environments and vice versa,” said Dave Weinstein, Chief Security Officer of Claroty.