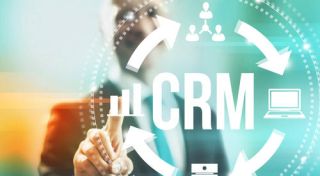 Less than a fifth (17 per cent) of customer relationship managers believe their CRM is generating revenue. This is according to a new report by marketing technology company Wiraya, based on a poll of 500 CRM managers.

Despite not having a great image, CRM is still perceived as a key business driver in a third of businesses. The problems, according to the report, lie in the fact that many lack a clear direction and customer insight to support their goals. Without these things, it’s hard to create direct business profitability.

The report speaks about three levels of CRM maturity: Traditional, Adhoc and Ambitious. Traditional is the most common group, taking up 34 per cent of those questioned. They typically work continuously with CRM but don’t have exact plans. The second most common level is Adhoc (32 per cent) whose CRM work is mostly on an ad-hoc basis. This group has no direct organisational structure or roles. And finally, 31 per cent make the Ambitious group. They consider themselves to have plans and processes in place.

“Many businesses are still finding their feet when it comes to fully taking advantage of the benefits of a CRM system. The increasing prominence of technologies such as IoT and AI will go that extra mile to help companies dynamically fine-tune their interaction with the customer, but in the meantime, basic factors such as having a clear CRM strategy in place are essential”, said Sam Madden, UK Director at Wiraya.

“This research demonstrates that having a more service oriented approach that focuses on increasing customer satisfaction and retention not only reduces churn, but also cements reputation and makes for a more cost effective business.”