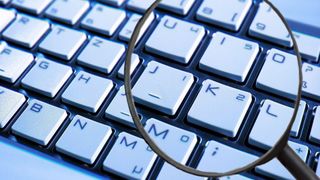 Recent events such as the WannaCry ransomware attack have shown the devastating effects that cyber assaults can have on people around the world.

Despite the millions being spent on cybersecurity protection around the world, criminals are still able to strike businesses large and small, making off with money and valuable data.

So what needs to be done to improve the state of play?

Lord James Arbuthnot was the chairman of the UK Defence Select Committee for nine years, overseeing a major transition as the country moved to better protect itself against cyber-attacks.

However he believes that attacks on our critical infrastructure, such as the National Grid, show that there is a need for a major shake-up in how companies and nation states alike protect themselves.

"No longer will the wars we choose to fight, or those that are forced upon us, be fought in the hills, on the landing grounds, on the beaches,” he told attendees at an event in London today.

"So if a war starts within our own homes, it's possible that we shan't know when, or whether it has begun."

One click can start a chain of events that could lead to conflict, he warned, adding, "when this war does begin, it's possible, in fact I think it's possible, that we shan't know who we are fighting."

Lord Arbuthnot warned that once professional cyber-attackers (possibly backed by nation states) are able to unleash large-scale assaults, we will really see the huge potential of the damage caused.

Luckily, it seems a number of security firms are able to lead the fight back against these threats. Lord Arbuthnot was speaking at the launch of a new Phishing Defence Centre (PDC) in London from leading experts PhishMe.

The centre, the second such facility after a US arm opened last year, looks to use the employees of its customers to help further research into how best to combat cyber-security threats.

Using its PhishMe suite of security products, customers can flag potential phishing threats, which are then sent directly to the company’s experts for analysis.

Details on all potential threats are then stored by the company, and used to improve and influence future investigations into new attacks.

The need for employee training and efficient back-up plans can be the difference between your business remaining safe and secure, or being hit for valuable data or resources, PhishMe warns.

"It's a people problem,” PhishMe CEO Rohyt Belani said, “all the cyber security programs in the world are going to fail to stop this."

Belani highlighted that humans will always be a weak link for most businesses - but not because they are stupid, because they have not been conditioned.

The PDC will let people take a front line role in the fight against cyber threats, allowing for what PhishMe calls “real intelligence” up against the attackers.